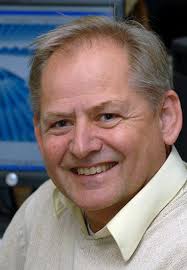 We are sad to announce that Prof. Malcolm Heggie passed away on Thursday 17th January 2019, at the age of 63. His contributions to Carbon Science were manifold, particularly within the UK where he co-founded the British Carbon Group and chaired it for many years, as well as founding and co-organising the annual NanoteC conferences for 20 years, chairing Carbon 2006 and other meetings.   He was one of a kind: first and foremost an excellent scientist, rigorous and visionary in his understanding of defects in carbon[1], but also a teacher[2], stand-up comedian[3], organizer, part-time Scot, linguist, motorbike enthusiast, thinker, sportsman and amateur poet and actor[4], to name but a few. There are many in the Carbon community who counted Malcolm as a close friend.

Malcolm obtained a Physics and Chemistry Combined Honours degree from Exeter University, followed at the same institution by a PhD in 1982 in Theoretical Solid State Physics under Bob Jones. In the ensuing five years he worked as a postdoctoral fellow with Dr Jones on dislocations and plasticity in silicon and quartz, including periods as CNRS Chercheur Associé au CNRS in Grenoble with François Louchet and Gästforskarer in Umeå with Arne Claesson. This was followed by independent research in graphite (with Brian Kelly, UKAEA, and Mike Tucker, CEGB), in ice and quartz (as NERC Special Fellow), and in semiconductors becoming a SERC Advanced Fellow in 1990 within Computer Science at Exeter University. In 1996 he moved to an academic position in Chemistry at University of Sussex, working with John Murrell, Harry Kroto, and other eminent chemists.  In 2012 he took a Professorship in Chemistry at the University of Surrey, before launching his own consultancy in 2016, “Black Dog Bytes” alongside a part-time post at Loughborough University.  He leaves his wife Sally and daughter Laura.

Other video from the NanoTP series “A career in Science”: Malcolm’s views on science as a career,  science collaboration, the process of scientific discovery, and the personal cost of science.